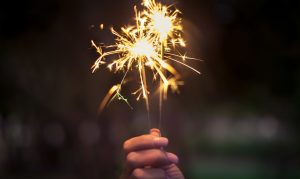 “Frankly, a class discrimination”.  Quote from The Wall Street Journal about the newly established estate tax, 1916.

One hundred years ago, as World War I raged in Europe, Congress wanted to boost U.S. revenues in case America joined the fighting, so lawmakers voted for a new tax on a person’s assets at death.  This levy affected fewer than 1% of Americans who died and raised less than 1% of federal revenue in 1917.

Most lawmakers saw the tax as a reasonable way to raise revenues, with its top rate of 10% and an exemption of $50,000 ($1 million in current dollars).  Opponents of the tax were not able to get the tax repealed; however, Treasury Secretary Mellon, one of its most vocal opponents, was able to get the rate lowered.  Today, the tax is assessed on up to 40% of your assets at death, above an exemption of $5.45 million per person.

What will the future bring?  As always, future presidents and Congress will continue to have great influence over estate taxes.  We keep current on revenue-generating proposals and the ongoing discussions about revising the Internal Revenue Code in order to help optimize client estate planning goals.

We’ve figured it out…and we’ve been doing it
successfully for decades.